After several years featuring other duos the the saga, Disney once again produced a spinner pin of Padme Amidala. This time she was paired with Chancellor Palpatine. The other side of the pin is the Galactic Republic insignia.

I purchased this pin at Disney Hollywood Studios on May 22, 2009.

Star Wars: Episode II — Attack of the Clones was released in mid-May 2002 after Star Wars Celebration II was held May 3-5, 2002. With Star Wars Weekends having been held every weekend in May, Disney chose not to hold Star Wars Weekends in 2002. Instead they released a series of 30 pins of 19 characters and 10 vehicles from Attack of the Clones and the original trilogy. You may have noticed that 19 + 10 does not equal 30. There are two Super Battle Droid pins in the set. Some people have erroneously believed there were only 29 pins released.

I believe that my aunt gave this pin and many others in the set for my birthday present in 2002. 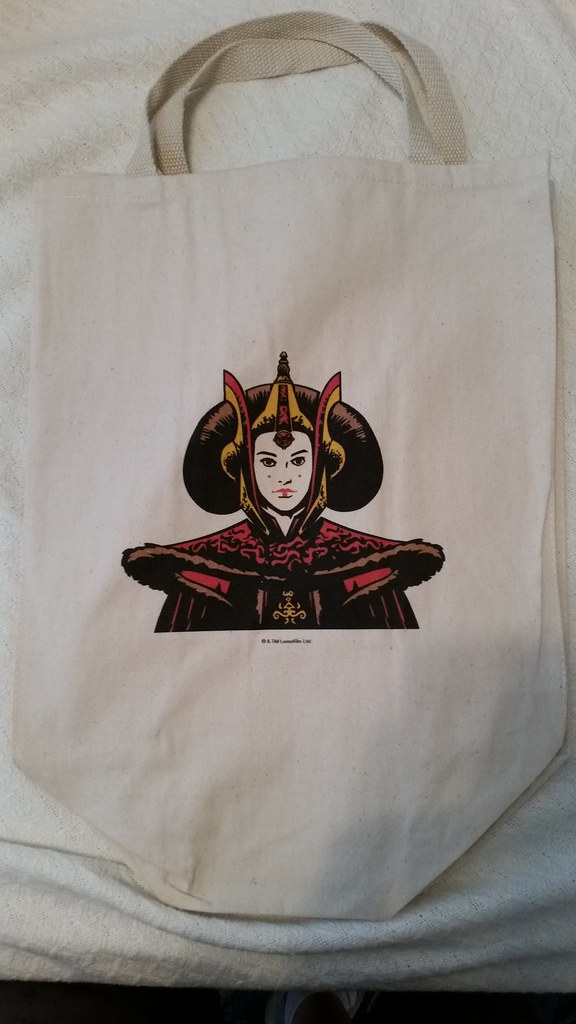 A number of customizable items are available through DisneyStore.com. There are several logos which can be added to several different items including a canvas tote bag and the shopping bag. I chose the latter to get a larger logo.

I bought the item from DisneyStore.com on November 7, 2014.

This doll set features seven different outfits for the Queen and Senator from Naboo. A separate set featured Princess Leia and her outfits. Those sets have now been replaced by a set which includes both Padmé Amidala and Leia Organa.

I purchased this set at Once Upon a Toy in Downtown Disney Marketplace in June 2008.